Teaching the internet generation to code

My 12 year old nephew is a heavy user of Vista, abuser of MSN, scoundrel on teh internetzor, and is fair on english. I will not discuss how much further I was at that stage, but I believe that the creation of nifty GUI OS' and xtrem good looking games has minimized the incentive of writing code to do stuff. So how do we teach coding to the internetzor generation and make it interesting for those with a short attention span?
Read more »
Posted by Stig at 5:06 PM 1 comment:

I've poked around GStreamer and the bindings for Java. GStreamer is a framework for "constructing graphs of media-handling components". For example a video player from "scratch".
Read more »
Posted by Stig at 12:25 AM No comments:

Do we need WSDL? 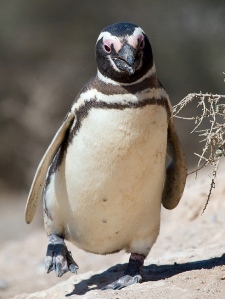 Joe Gregorio wrote a blogpost that asks if we need WADL, for describing REST services, and effectively WSDL. He argues that we do not need something as expressive as XSD every time we write a WSDL contract, and that we should avoid doing the same error with REST and WADL.
Read more »
Posted by Stig at 2:30 PM No comments:

GStreamer, can do streamed music?

I'm going to take a dive into GStreamer, to find out if it is possible to use as a mixer for my music application needs. I'm going to input music from different sources, do some adjusting of volume, effects and write to file or stream to the net.
Can someone give me some pointers to GStreamer, and possibly on Java?

Features
Posted by Stig at 1:00 PM No comments:

The promise of what I have been investigating is that Java applications can be run directly inside the normal PS3 GUI, as well as other Blu-Ray players, without requiring any kind of hacks on behalf of the end user. It may not be the ultimate base for writing applications, but it should not be too hard to port applications, games and so on from other J2ME applications that exist for mobile phones and so on. Shoutcast player or Opera Mini on PS3 anyone? :)

This is a summary of developing Java applications on PS3 and Blu-Ray, in hope that someone else will pick up the loose ends.

I've recently looked at how one can set up a Blu-ray development environment for developing Java apps on a PS3.
The HDCookBook project seems like a good starting place, since you need alot of files to surround your BD-J Java apps when on the disk. Fine enough, but expect some hassle of changing file names if you want to put them on a memorystick.
Next step, run ant for compiling the project... You need to download "BDJ.jar". You can find it AFTER INSTALLING NERO ON WINDOWS. Aaargh. Three hours later, we've found our bdj.jar.
Java ME SDK? It requires you to register at Sun... Ok, done that. Next step, Install sun_java_me_sdk-3_0-ea-win.exe on Windows. I HAVE A MAC!!! AHRG! Who needs multi-platform portable javacode when you can distribute it as .exe files!?

Do they even want people to develop on their platform? This is not inviting! And stop the stupid Ant stuff. Maven is the only way of distributing sourcecode and knowledge that works.

Today, I saw a Java Powered logo on the side of my PS3 box. Hmm... What does that mean?

If you install linux on the PS3, it can ofcourse run Java. But my sources indicate that it has little resources, and the requirements for installing are a little tough for the regular gamer.

The JVM installed on PS3 is placed there to meet the BluRay standard to show menus and stuff, called BD-J. From what I can gather after a quick Google, its an interpreted JVM, which is far slower than a regular Sun JVM. The PS3 is claimed to be one of the fastest, but probably not optimized in any way to cater for the multitude of Cell processors. And the BD-J does not help running Java applications in the web browser.

So, why would we want a native JVM on the PS3 specialized for Cell? Because it's damn cool :) Perhaps for running web servers. But a JVM capable of running Applets in the PS3 Web Browser could mean that Sony could capitalize on the enourmous amounts of Java games located on the web available freely to PS3 owners. Ofcourse, the native games will still have better funding and perform better, but allowing free applications could create the same community of developers and games as Apple has benefited from. Without the drawback of locking in developers to a single platform.

Apparently, running games off a USB memory stick works. Will be back with more on the subject
Posted by Stig at 11:00 AM No comments:

Groovy does Neo4J thanks to Maven Simplicity

Guillaume Laforge, Groovy Project Manager, kicked off a debate on the Neo4J mailing list with his post Groovy and Neo4J. He stated some examples of how Neo4J could be more Groovy. However, since most Neo4J developers aren't familiar with Groovy, the topic wasen't tested out further.

Therefore, with of my L337 skillz in Groovy, Neo4J and Maven, I saw it my destiny to create a simple Neo4J test in a Groovy environment to validate Guillaume's propositions. Along the way, I had to add some GMaven magic, embedded Neo4J, Mercurial version control and Maven Archetype for distribution. No wonder why I didn't get this out the door yesterday! ;) 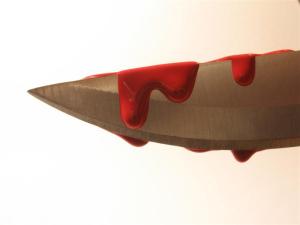 Proverb of the day: Bleeding Edge Technology - It aint fun if it doesn't hurt